Following an extensive search process conducted during the past several months, we are pleased to announce the new Head of School for St. Michael’s beginning with the 2018-2019 school year. At a special meeting on February 6th the Board of Trustees unanimously approved the Search Committee’s recommendation, also unanimous, to hire Brendan J. Sullivan beginning July 1, this year. The Rector and Vestry of St. Michael’s and All Angels Church ratified the board’s decision on February 11th. 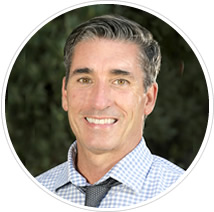 Brendan Sullivan epitomizes exemplary servant leadership in the field of education. Over the last 16 years, as Founding Principal and now President of Nativity Prep Academy in San Diego, CA (www.nativityprep.org), Brendan and his colleagues have established the only tuition-free independent school in their region. Nativity prepares students from low income households to be the first generation of college graduates in their families. Prior to his experience at Nativity, he served in various teaching and administrative roles at La Jolla Country Day School in La Jolla CA, Saint Ignatius Loyola Academy in Baltimore MD, and Sacred Heart Elementary School in Washington DC. From 1988-1992, Brendan worked with the International Jesuit Corps at Georgetown University, and as a volunteer teacher in Venezuela through the Boston College International Volunteer Program.

Brendan graduated from Boston College High School, earned his BA in English and Philosophy from Boston College, an MEd in Secondary English, Curriculum and Instruction from Loyola College of Maryland, an MA in English from the Bread Loaf School of English at Middlebury College, and has taken advance graduate classes in Educational Leadership at the University of San Diego. He is fluent in spoken and written Spanish.

The rigorous search process included references from individuals who further defined the qualities and experiences that Brendan will bring to St. Michael’s. He is known as a visionary leader and accomplished head of school, who serves with grace and genuine humility. He is a collaborative, team-builder, with exceptional listening skills, who has empowered faculty, staff, students and parents to build and shape Nativity Prep into a highly respected school. People who know Brendan best say that he is very accessible and visible in all aspects of school life. Others comment on his commitment to academic excellence, candor, spirituality, and thoughtfulness.

Brendan is an avid road cyclist, cook, linocut printmaker and photographer. He is married to Alison Kuo Sullivan, an analytics and software executive, and a marketing and sales leader. Among her volunteer commitments in the San Diego community, Alison serves as a mentor in the formal graduate support program at Nativity Prep. She and Brendan are the parents of three children: Andrew (13), Renee (11), and Nate (6). The Sullivan family actively participates at St. Paul’s Episcopal Cathedral in San Diego.

We would like to express our thanks to all the faculty, staff, students, trustees, and parents, for their input in this process. We are sincerely grateful to all the members of the Search Committee for the time and hard work they have expended in the last three months, and their commitment to choosing an exceptional new Head of School for St. Michael’s. We also thank our current Head, Margaret Moore, for her efforts on behalf of the search.