Each spring, our Upper School students pick, memorize and perform a poem of their choice as part of our Declamation Day. Congratulations to all of the 7th and 8th grade finalists of the 2019-2020 competition!

Watch Some of This Year’s Finalists 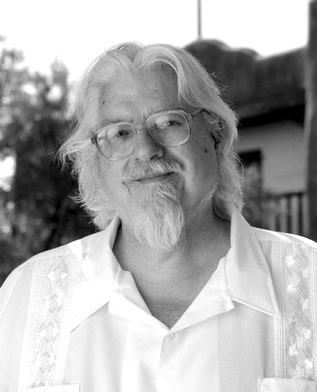 Simply labeling Mr. Schultz a retired English teacher would badly misstate his profound influence on St. Michael’s—both school and parish—over the last half century. Alan understood a fundamental truth: that young people are capable of much more than they themselves even realize. In more than four decades as a teacher, he laid the foundation for our English program, from our emphasis on formal writing and research to our tradition of public speaking, particularly through our annual Declamation Day poetry recitation competition.

Following his death last fall, our Declamation Day event was renamed in Alan’s honor as a testament to his singular role in making this tradition such a fundamental part of our Upper School program.

It is a delicious irony (a literary device he would no doubt appreciate) that Alan was an admitted Luddite—never yielding to the temptations of electronic documents and online grading—yet the post on the St. Michael’s Facebook page announcing his passing was more widely read and commented on than anything we’ve ever posted to social media before. It is further ironic, in the first year of the competition’s being named for him, that the finalists are performing virtually due to our current campus closure. Nevertheless, the spirit of the event lives on, just as Mr. Schultz’s spirit will live on at St. Michael’s for decades to come.

Videos from Some of Our Finalists